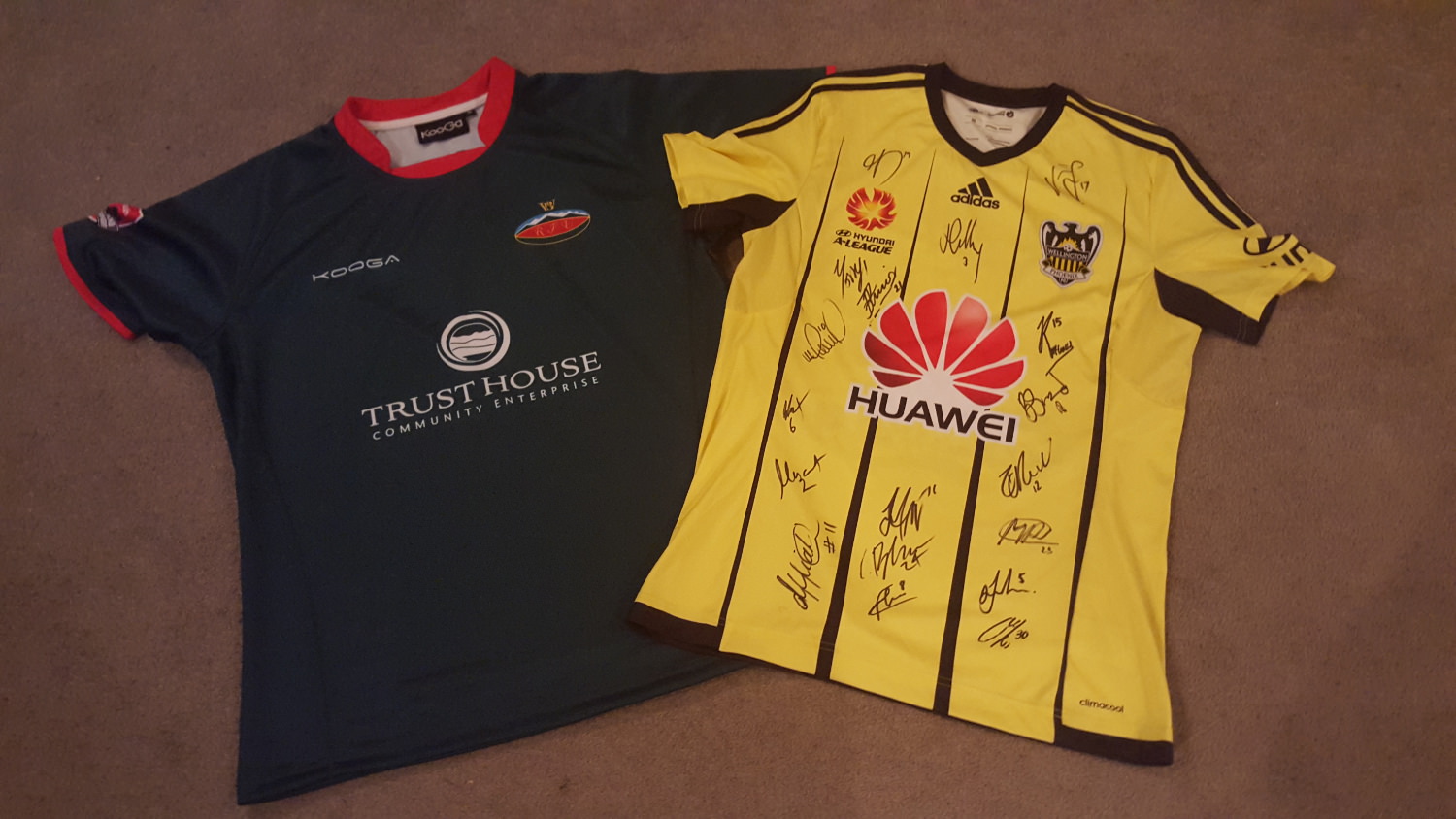 We have a very cool set of sports memorabilia available to buy on auction night. The picture above shows a signed Phoenix Jersey (This year) and a Wairarapa Bush Jersey that will be signed by the 2016 Team once announced.

We are lucky enough to have a rugby ball signed by the 2013 All Black Team. Between the 2 world cups it is fair to say this is one of the greatest All Black line ups of all time. The ball will also come with an official world cup All Blacks Jersey as well. This item is one to watch, I will be very envious of the winner

Central Districts Cricket Association will donate a cricket bat signed by the Central Stags Georgie Pie Super Smash Twenty20 competition side. We only had 10 of these bats signed.

The real bonus about these ten bats is that they include the signature of Mahela Jayawardene, one of the highest ranked batsman of the modern era with a number of world records to his name. We contracted him to play for the Stags for the Georgie Pie Super Smash competition.

This is another item that should go pretty hot

Some pretty amazing items there, Don’t forget to register for tickets, Space is filling fast